The Mississippi River Basin Panel (MRBP) on Aquatic Nuisance Species has worked to prevent and control the occurrence of aquatic invasive species (AIS) in the Mississippi River Basin region. This is an immense task, as numerous non-indigenous aquatic species have been introduced into this region, many of which are invasive. Once established, these species must be managed and controlled, as they are virtually impossible to eradicate.

The MRBP is comprised of representativs from different government agencies concerned with environmental protection and conservation and was officially convened in response to section 1203 of the Nonindigenous Aquatic Nuisance Prevention and Control Act of 1990 (P.L. 101-646) referred to as “NANPCA.”

In establishing the MRBP on Aquatic Nuisance Species, Congress recognized that providing sound advice to the Aquatic Nuisance Species Task Force from experts in a highly-impacted region could make a substantial contribution to the collective management effort at both a regional and national level. Effective prevention and control efforts in the Mississippi River Basin continue to be the first line of defense in slowing or preventing the spread of AIS to other regions of the country.

AIS in the Mississippi River Basin 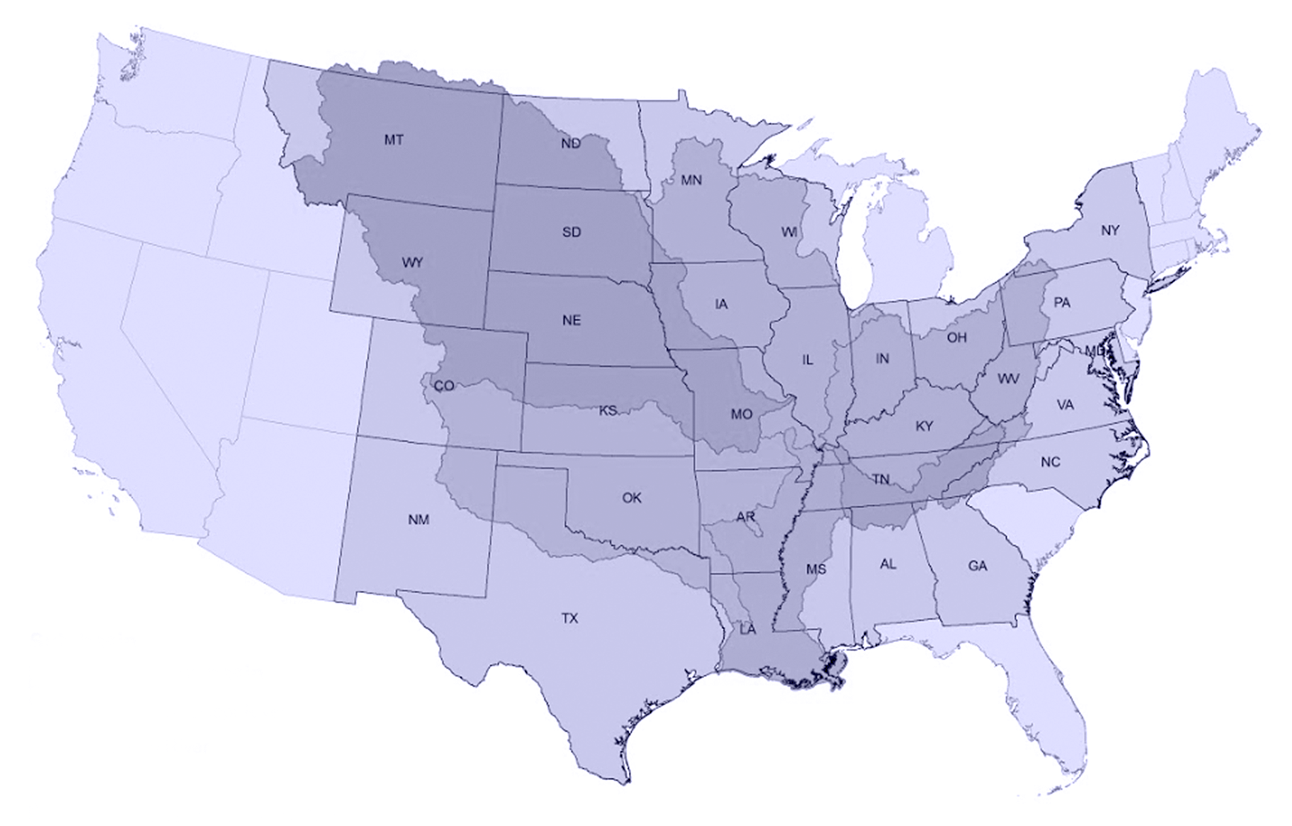